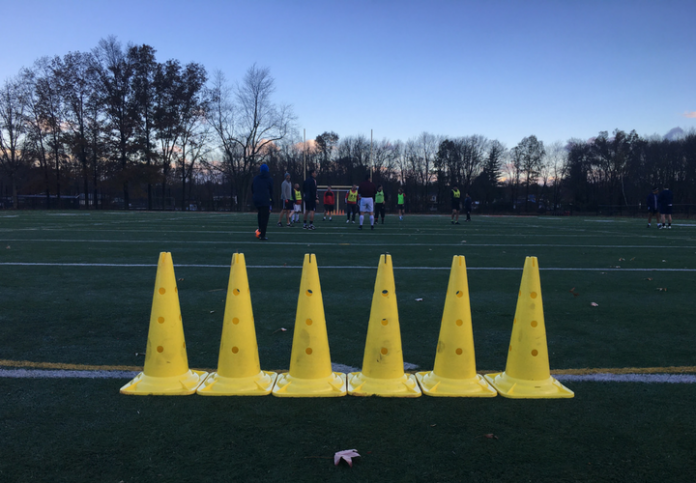 Every pickup soccer game is unique, in the players who play, the rules they follow, the shape and surface of the pitch, the post-match rituals, and so on. One more defining feature is the game goals themselves, which run the gamut from wholly improvised to the best money can buy.

Futbol NYC pulled together a gallery of goals from some of the games we play in regularly in and around New York, starting with the one above, from Sunday 3-touch, a game in Fairfield, New Jersey that we get out to as often as possible. A sextet of 16-inch-tall plastic training markers are huddled together to form a tight rectangular; if the ball touches any part of any cone, it’s a score. The cones are made out lightweight plastic, with holes designed for training bars making them lighter still. That means they really fly when a well-struck ball crashes into them. 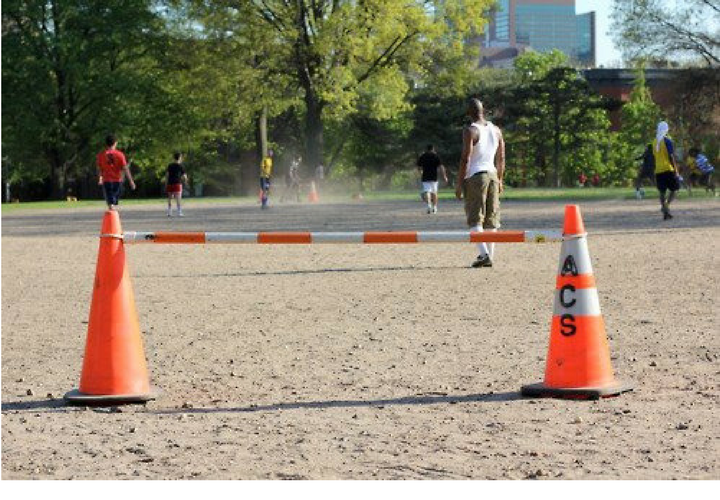 UTILITY JOB
This contraption comes from Fort Greene Soccer Club. The orange traffic cones are just the right height, while the telescoping bar makes it easy to adjust the goal width depending on the size of the game. The long-standing rule is that if any part of the goal is knocked over as the ball passes through, it’s no goal. That’s made for some fiery disputes over the years (“the ball hit the bar!” “no way, it was the defender’s foot!”) in keeping with the competitive spirit of the game. And the fact that the goals consist of, ahem, found objects is an apt reflection of FGFC’s rebel spirit. 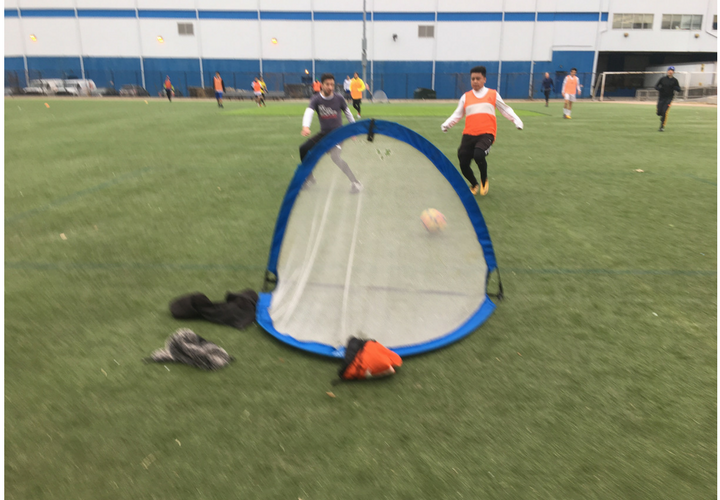 BAGGED AND READY
The pop-up might be the most common type of pickup goal in the city. The compact design and handy carrier makes for easy transport, plus they’re fairly affordable (though the super cheap models tend to break easily). The pop-up shown here is from First Touch FC in Williamsburg, which is one of the city’s most efficient games, thanks to the reliable turnout, solid skill set, and prompt start and end times. Pop-ups are the perfect fit. 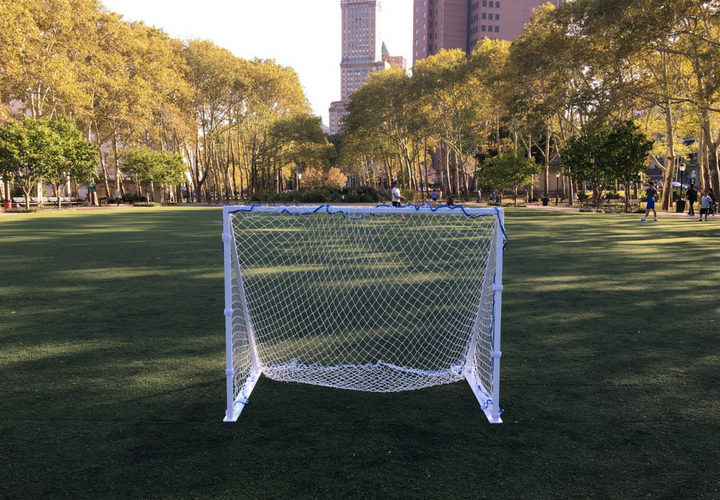 HEAVY METAL
The knock against pop-ups is that even well-made models can be a little flimsy, plus they don’t stay put on a windy day unless you anchor them down (tough to do on turf). That’s where metal goals have the edge. This beauty here, shown before kickoff of a Bed-Stuy Football Club game in Cadman Plaza, is from Farpost Soccer Company. The game’s organizer is a thorough and methodical guy, so he did his homework finding a top-quality goal. The all-aluminum construction with powder finish stand up the elements, as well as hard-hit shots. The goals width adjust from 4 to 8 feet to accommodate expanding numbers of players on the pitch. 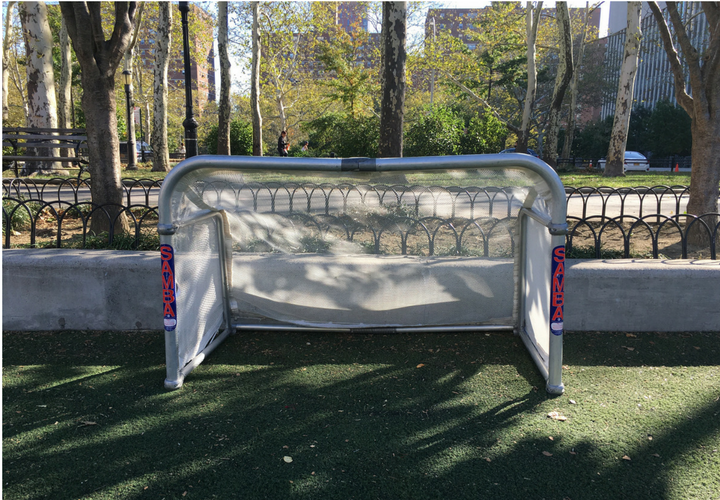 STEEL CAGE
Here’s another metal-frame goal from a different pickup game at Cadman Plaza. This game tends to be smaller sides, 5-v-5 often, so the squat goal is a nice fit. Made by Samba, it measures 5-by-3-foot with a fitted mesh net. The goal is extremely solid, like a steel cage, making it well-matched to the fast, hard-charging play that defines this weekly contest. 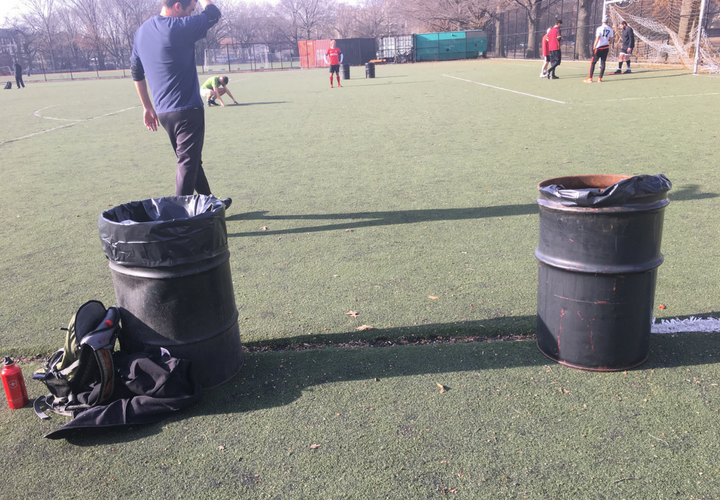 GET TRASHED
Four metal trashcans and a wide open space are enough to play ball. That’s the approach shown here, at one of several Sunday morning matches played in Brooklyn’s Parade Grounds. It’s a reliable solution, since trashcans are readily available. Just don’t go crashing too hard into them or you’ll end up on the injured reserve for sure. And it’s always good policy to drag the cans back to the perimeter of the field—or they might be locked up by an ornery parks worker the next time you come out to play.