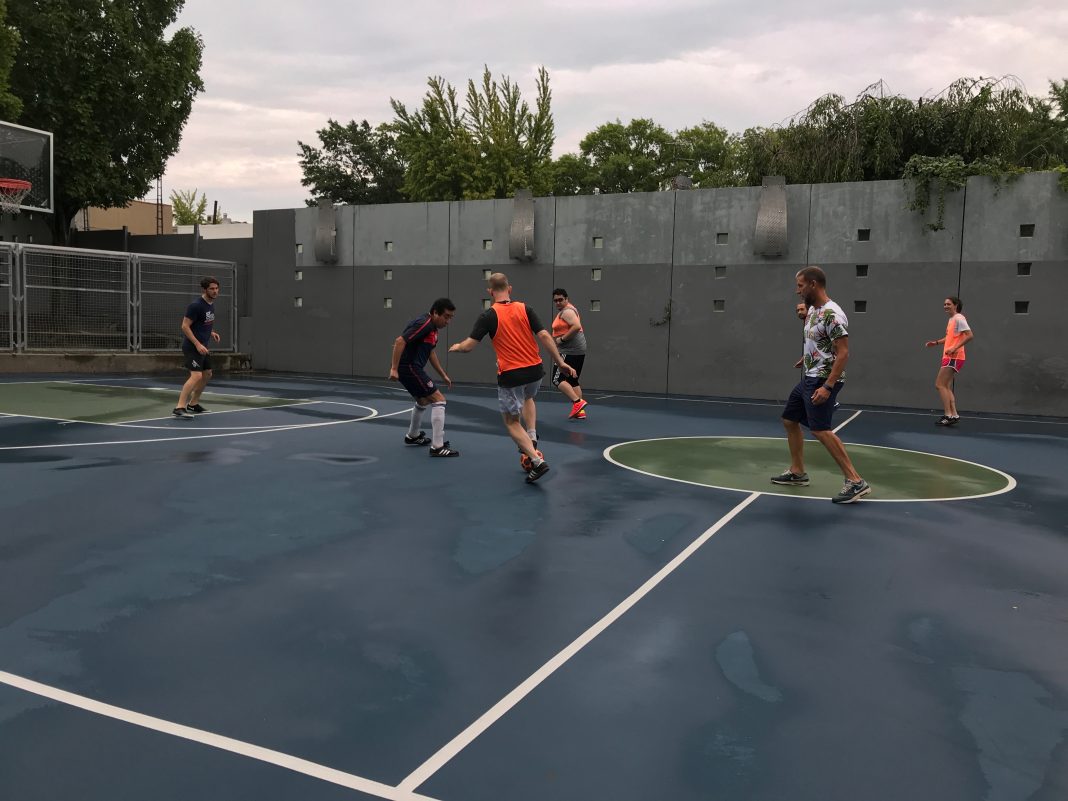 Looking for a fast-paced start to your weekend? Link up with NYC Sala FC, a new futsal club that started up at Hunter’s Point Community Park in Long Island City, Queens. The hour-long games, which kick off most Saturdays at 8am, are a feisty, competitive, high-intensity workout that will sharpen your ball skills while honing your soccer IQ.

For those not familiar, futsal is a variation of soccer that’s played the world over on small, hard-surfaced courts, usually in five-a-side competition. The ball is smaller, harder, and less bouncy than a standard soccer ball.

NYC Sala FC was co-founded by Eduardo Han, an Argentine-born baller who’s been a fixture of the New York soccer scene since coming to the city in 2011. We caught up with Eddie after a recent morning match to find out more about the club.

Why did you decide to start a futsal club?
EH: Soccer is getting bigger in the U.S., but for American players to compete with the best in the world, they’re going to have to develop a more creative style of play. All the best players, from Pelé on down to Messi, Neymar, and Ronaldo, they all have amazing footwork, which is something that’s inherently developed in futsal. In a sense, I think futsal is to the world what street basketball is to the U.S.

Do you see futsal getting bigger here?
EH: Absolutely, there’s not a lot of it in New York City, or around the country. But within the next five to ten years, as more money is poured into soccer, we’re going to see futsal flourish. As a soccer fan who played all his life, I want to do my part to help take U.S. soccer to the next level even if it’s at a small scale.

How does futsal make for better soccer players?
EH: Futsal is very fast game. It requires quick feet, tight dribbling, precision passing, and quick, sharp shooting. Those skills are the building blocks of soccer, so if you can be good at futsal you’ll probably have success on the big field as well. From a tactical standpoint, because it’s a small-sided game, you always need to think quickly and know your next few moves. Futsal tends to develop very smart and creative players.

Is it a good workout?
EH: It’s a great workout. You’re basically sprinting the whole time. You need to counterattack as quickly as you can. And because it’s a small space, there’s never a chance to catch your breath. 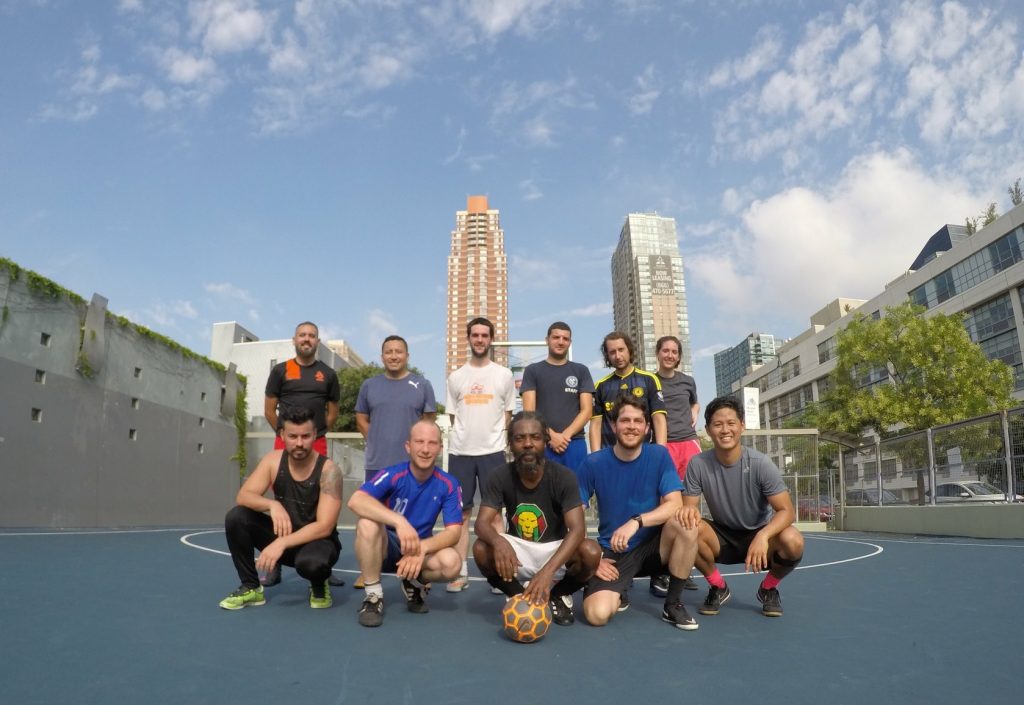 Who can play in NYC Sala FC?
EH: It’s open to everyone. Whenever I travel, I always bring my shoes, because I know I’ll find a game. I’ve played in Germany and throughout Europe and South America. That’s the culture we’re looking to create with NYC Sala. Men, women, kids, 60 year olds, it doesn’t matter. As long as you come in with a good attitude, and you’re willing to hustle, you can play with us.

To get in on the next NYC Sala FC match, visit the club on MeetUp or Facebook. And if you know of other futsal games in the city, drop us a note in the comments box below.